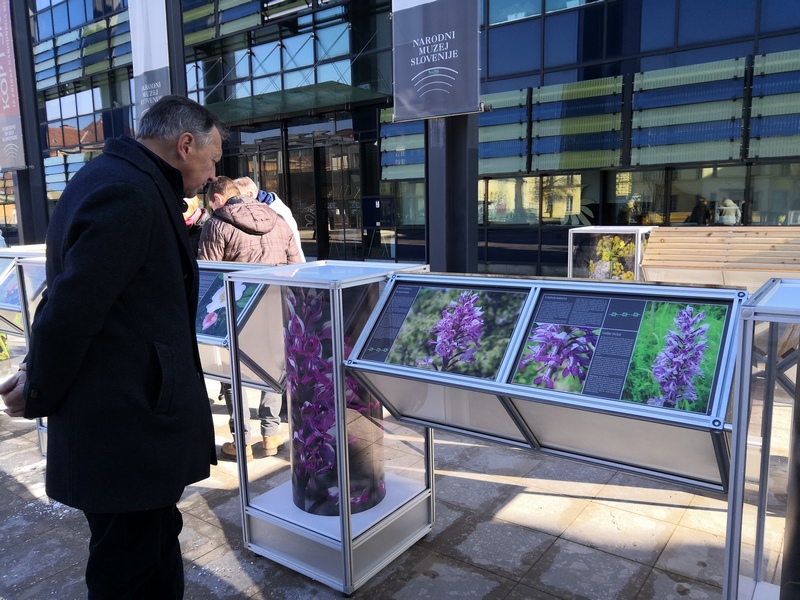 Plants are often taken for granted, and we do not pay particular attention to them, although they have played and continue to play an important role in all civilizations. In antiquity, people were more closely related to plants than they are today. They were life-dependent on them. They were also credited with supernatural attributes, though they were primarily used for food, clothing, decoration and healing. The exhibit shows interesting and rare plants that still grow in the vicinity of claustra Alpium Iuliarum barrier walls of. Already in Roman times, some plant species were endangered or even extinct due to overuse, but today they are threatened by changes in space due to the abandonment of traditional and sustainable management.

The exhibition was prepared at the Museum of Natural History Rijeka as part of the project CLAUSTRA+, Cross-border Destination of Cultural and Green Tourism Claustra Alpium Iuliarum.

The exhibition will be on display in National Museum of Slovenia – Metelkova until 26th January 2020.

A NEW MEMBER OF THE CONSORTIUM CLAUSTRA

This website uses cookies to improve your experience while you navigate through the website. Out of these, the cookies that are categorized as necessary are stored on your browser as they are essential for the working of basic functionalities of the website. We also use third-party cookies that help us analyze and understand how you use this website. These cookies will be stored in your browser only with your consent. You also have the option to opt-out of these cookies. But opting out of some of these cookies may affect your browsing experience.
Necessary Always Enabled

Any cookies that may not be particularly necessary for the website to function and is used specifically to collect user personal data via analytics, ads, other embedded contents are termed as non-necessary cookies. It is mandatory to procure user consent prior to running these cookies on your website.