Guardian of the road to the Bloke Plateau (Bloška planota). 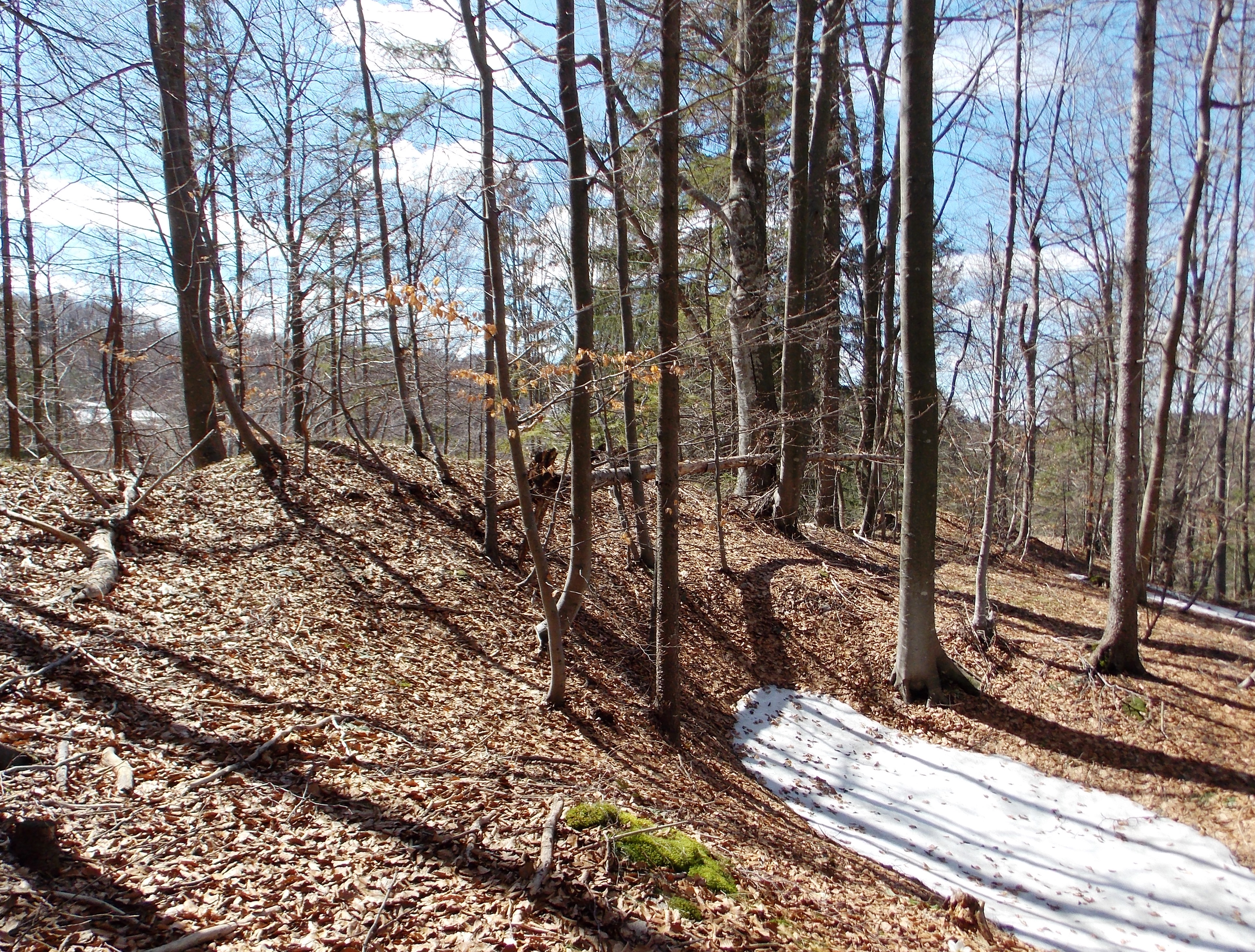 Only 600 metres north of the Tabršče barrier, on the eastern edge of the Bloke Plateau, stands the village of Novi Pot, next to which is the recently discovered barrier with the same name. The 240 m long barrier wall was fortified by two towers.

Roughly a metre high earthen embankment, mostly overgrown with forest, is set perpendicularly to the ridge in the direction from the southeast to the northwest. The Novi Pot barrier starts at the forest trail, where the wall is partially destroyed, from which it ascends for about 100 m to the top of the ridge. At this spot, where the barrier reaches its highest point, the first square tower is positioned centrally on the wall. Geophysical measurements have shown that the tower was passable since a Roman road led through it. The wall then descends the slope to the present-day main road, which completely destroyed the wall in this spot. A few metres below the road, the wall continues and there is a second tower located there. The barrier wall can be traced all the way to the forest trail, where it finally disappears.

We received the Stele Award for 2020!

This website uses cookies to improve your experience while you navigate through the website. Out of these, the cookies that are categorized as necessary are stored on your browser as they are essential for the working of basic functionalities of the website. We also use third-party cookies that help us analyze and understand how you use this website. These cookies will be stored in your browser only with your consent. You also have the option to opt-out of these cookies. But opting out of some of these cookies may affect your browsing experience.
Necessary Always Enabled
Necessary cookies are absolutely essential for the website to function properly. This category only includes cookies that ensures basic functionalities and security features of the website. These cookies do not store any personal information.
Non-necessary
Any cookies that may not be particularly necessary for the website to function and is used specifically to collect user personal data via analytics, ads, other embedded contents are termed as non-necessary cookies. It is mandatory to procure user consent prior to running these cookies on your website.
SAVE & ACCEPT